Blast from the Past Keeps Giving: The Donor Advised Fund 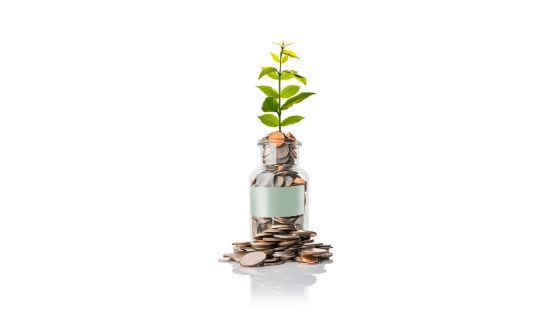 Question: What tax planning tool was born almost 80 years ago and is still offering taxpayers a way to make charitable donations in a meaningful and tax-efficient manner?

The donor-advised fund has a rich history of benefiting both taxpayers and charities. The charitable funds were first introduced in the 1930s by community foundations, but their use flourished as reporting requirements increased for private foundations in the 1970s and as the IRS approved commercial providers in the 1990s. The funds have now launched into the top 10 largest charities in the United States. Fidelity Charitable Gift Fund overtook the United Way as the largest charity in America in 2016. It held the top spot again in 2017 and was joined in the top ranking by the philanthropy funds from Goldman Sachs (#3), Schwab (#6) and Vanguard (#10). Using data from 2010-2016, National Philanthropic Trust found that there were about 285,000 individual funds with over $85 billion in managed assets.

This article will provide a brief examination of the features of a donor advised fund and explain how recent tax law changes only increase the potential value of these charitable vehicles.

A donor-advised fund (DAF) can be likened to a charitable savings account. The donor establishes a separate charitable account at a host charity, the “sponsoring organization,” and contributes irrevocable gifts of cash, stock or other assets. Non-cash assets contributed to the funds can include publicly traded securities and privately held securities, real estate, art and cryptocurrency. The sponsoring organization liquidates the non-cash assets, invests the cash, and manages the account’s holdings. The invested holdings have the benefit of growing tax free in the sponsoring organization’s DAF investment funds. The funds remain in the account until the donor (or others appointed by the donor) makes recommendations to the sponsoring charity regarding amounts, timing, and charitable recipients. Donors have the flexibility to dole out the funds to specific charitable recipients over any period of time, including a number of years.

DAFs serve as useful philanthropic vehicles for taxpayers of varying degrees of wealth because they are less expensive to fund than a private foundation. A DAF often can be established with $5,000, whereas the startup funds for a private foundation tend to be at least $1,000,000. In addition, because the supporting organization oversees the investment and administrative aspects of the fund, the donor’s administrative burden is limited to transferring assets into the DAF.

The DAF also provides the donor with attractive tax benefits. Subject to AGI limitations and the donors’ ability to itemized deductions, donors receive immediate charitable contribution deductions for their transfers of assets to the DAF, rather than the later date (potentially in a following year) in which the assets are transferred from the DAF to the ultimate charitable recipient. Any contribution amount not deductible in the year of donation because of AGI limitations will carry forward for up to five tax years. For donors with sudden and/or one time increases in income, the DAF allows the donor to mitigate that bump in income with the charitable contribution, while also providing the donor with additional time to identify specific charitable recipients. A donor may donate to the DAF in the year of the income increase, receive the charitable deduction, and advise grants be made in subsequent tax years.

While DAFs can be useful tax strategies, the funds are not without their drawbacks. On the administrative side, sponsoring organizations may establish account minimums, as well as minimum amounts for additional contributions in and out of the DAF. They will charge fees for managing the account that are generally based on a percentage of the account’s total value.

The assets become the legal property of the sponsoring organization when they are placed in a DAF. Donors relinquish ownership and only retain advisory privileges to grant the assets in their DAF. The sponsoring organization has the authority to approve or deny any recommendation. The assets could also be used in a way the donor never envisioned. One cautionary tale arose in 2009 when the Federal Bankruptcy Court for the Eastern District of Virginia approved a reorganization plan for the National Heritage Foundation that wiped out donor-advised funds totaling $25 million. Because the funds were determined to be assets of the bankruptcy estate, they were eligible to be used in part to make a lump sum payment to 107 people with charitable gift annuities. The funds did not go to charities as the donors envisioned, but rather they paid the Foundation’s obligations to individuals.

The Tax Cuts and Jobs Act

The Tax Cuts and Jobs Act (the “TCJA”) has changed the way that donors evaluate the tax benefit of their charitable donations for both income tax planning and estate planning purposes.

The TCJA doubles the gift and estate tax exemption for deaths and gifts after December 31, 2017, and before Jan. 1, 2026. Indexed for inflation in 2018, the exemption is $11.18 million for individuals and $22.36 million for married couples. With only an estimated 2,000 families in the U.S. now subject to estate tax, the vast majority of taxpayers will not need to make charitable contributions at death to reduce estate taxes. They may instead prefer to take advantage of the continued charitable income tax deduction during their lifetimes.

The TCJA also impacted the way income tax deductions are calculated. The new rules increase the standard deduction for married couples filing jointly from $12,700 to $24,000 and for single individuals from $6,350 to $12,000. With more people utilizing the standard deduction instead of itemizing, donors may not have a tax incentive to make charitable contributions.

Bunching is one way that donors can continue to be charitable in a tax-savvy way. Through bunching, a donor (1) contributes two or more years’ worth of donations to a donor-advised fund, (2) itemizes his or her tax deductions for that year and receives the charitable income tax deduction for the full amount contributed, and (3) grants funds to the donor’s favorite charities over the timeline desired by the donor. The donor takes the standard deduction in subsequent years. The benefit is that the cash inflow for the charity remains the same and the donor has optimized the income tax benefit.

Suppose that Jean and Jack were married in 2018 and that they had deductions of $10,000 from state and local taxes (the maximum deductible under the new tax law), $4,000 of mortgage interest, and $10,000 of charitable gifts. Their total itemized deduction would be $24,000, the same as the standard deduction. Thus, the taxpayers receive no incremental deduction for their $10,000 charitable gifts.

Jean and Jack bundle two years’ worth of $10,000 annual gifts to charity each year into a single tax year by donating $20,000 to a DAF. The additional $10,000 reduces their tax bill, producing a tax savings of about $3,300 for individuals in the 33% tax bracket. Jean and Jack’s favorite charities will not experience a difference because the couple can request that the DAF spread the gifts to their favorite charitable organizations over multiple years. (In other words, the bunching needs only to take place on the front end to be effective.) Jean and Jack are not limited to two years – if they have the resources available, they can contribute 5 or 10 years of donations up front into a DAF. They have cleared the standard deduction hurdle of $24,000 and every additional charitable dollar is deductible (again subject to AGI limitations).

Donor advised funds have experienced record growth, reaching record highs in contribution dollars, managed assets, and total number of accounts. The TCJA will only inspire more taxpayers to create their own funds. However, while the DAF has many attractive features, it may not be the best option for every taxpayer. Please contact your tax advisor if you would like to investigate how donations to a donor advised fund may be right for you and how it may fit into your tax planning strategy.

If you have any questions regarding donor advised funds, please contact Colleen Mathews or your BNN tax advisor at 800.244.7444.