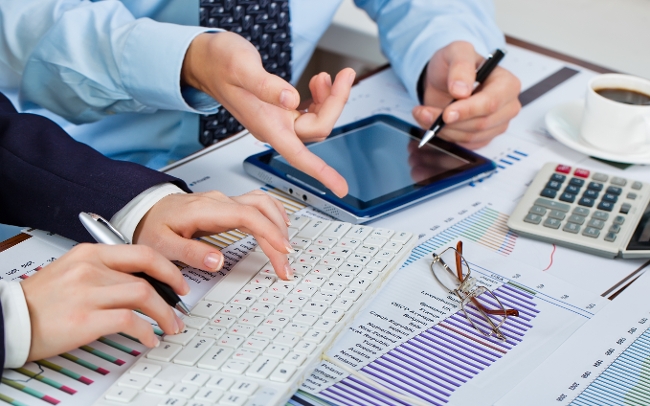 Enacted in the waning hours of 2010, the Tax Relief, Unemployment Insurance Reauthorization, and Job Creation Act of 2010 is a large, sweeping package extending many individual and business tax breaks that otherwise would have expired at year-end. It retroactively applied some significant benefits and implemented many new ones. Future articles in our newsletter will go into more depth on selected sections of the new law. What follows is a brief overview and some commentary regarding some of the provisions.

The top individual ordinary and long-term capital gain rates were set to increase to 39.6% and 20% beginning 1/1/11. Instead, they will remain at 35% and 15%, respectively, through the end of 2012. Qualified dividends will remain eligible for the long-term gain rate during that time.

For 2011 only, employees and self-employed workers will receive a reduction of two percentage points in Social Security tax in 2011, bringing the rate down from 6.2% to 4.2% for employees, and from 12.4% to 10.4% for the self-employed. By example, an employee earning $50,000 will see “take home pay” increase by $1,000. Note that employers do not enjoy a similar decrease on their “match” of employees’ Social Security Taxes; that rate remains unchanged at 6.2%.

A two-year Alternative Minimum Tax (AMT) “patch” for 2010 and 2011 provides a modest increase in AMT exemption amounts and allows certain credits to offset AMT as well as regular tax. Without this patch, many additional taxpayers would have owed AMT for 2010.

In a nod to the realization that children are expensive, years ago Congress implemented a credit (a dollar-for-dollar reduction of tax) for taxpayers with qualifying children. The maximum credit has been $1,000 per child, but was slated for reduction to $500 per child beginning in 2011. The Act, however, extends the $1,000 credit through the end of 2012. For that same period, the Act extended other attributes of this credit:

Some benefits allowing immediate deduction of certain fixed asset acquisition costs (that otherwise would be deducted over the tax lives of the assets) were extended by the Small Business Jobs Act of 2010, which was signed into law in the fall of 2010. Those popular benefits were enhanced and extended further with the Tax Relief Act discussed in this update. The changes resulting from the Tax Relief Act are discussed below. For a more detailed analysis of Section 179 and bonus depreciation (including some benefits and exceptions applicable to real estate) please refer to a previous newsletter available here.

For qualifying property (generally short-life, personal property) placed in service during 2010 or 2011, a dollar-for dollar deduction of the cost is available up to $500,000. This deductible amount is reduced by the amount by which the cost of property exceeds $2,000,000. For qualifying assets placed in service in 2012, the deduction is approximately $125,000, reduced by the cost of that year’s qualifying acquisitions exceeding approximately $500,000. (The preceding amounts are described as approximate because they are to be indexed for inflation.) For 2013 and beyond, the deduction and phaseout thresholds are $25,000 and $200,000, respectively. Section 179 may not be used to produce a loss, but any such excess potentially may be deducted in a subsequent year.

Generally qualifying property is similar to that of Section 179, but bonus property must be new, rather than used. There is no upper limit or phaseout threshold, and taxpayers often “pick up where Section 179 left off” by electing use of bonus depreciation for costs in excess of the Section 179 threshold. Bonus depreciation allows 50% of qualifying purchase costs to be deducted in the year the property is placed in service. The remaining 50% is deductible via conventional depreciation. Immediately prior to the Act, this benefit applied only to pre-2011 purchases. With the passage of the Act, the use of bonus depreciation is extended through the end of 2012, but with varying rates depending on the dates assets are placed in service:

Several nervous beneficiaries of seemingly annual last-minute extensions were again granted a reprieve from Congress. The following benefits were extended retroactively to 2010 and forward through 2011: The ability to take an itemized deduction for state and local general sales taxes in lieu of state and local income taxes, the $250 above-the-line deduction for certain expenses of school teachers and the credit for increasing research activities.

What fell on the cutting room floor?

Many expiring provisions were allowed to “sunset” gracefully without extension. Here is an example of those, and another provision some were hopeful would be added, but was not:

The Tax Relief, Unemployment Insurance Reauthorization, and Job Creation Act of 2010 is one of the most wide-reaching tax laws passed in recent years. It impacts many areas of income, estate and employment tax. The law is complex and voluminous, and this article does not intend to address every section of the Act or any portion of it comprehensively. Instead, it is provided to give you a brief overview. Future articles will address some of these provisions in more detail, and we encourage you to contact us if you want more information on any of these provisions.

This article is provided for information purposes only and should not be relied upon for legal or financial advice. We would be happy to discuss how the Tax Relief, Unemployment Insurance Reauthorization, and Job Creation Act of 2010 may help you. For more details about this matter, please contact your BNN tax professional at 800.244.7444.