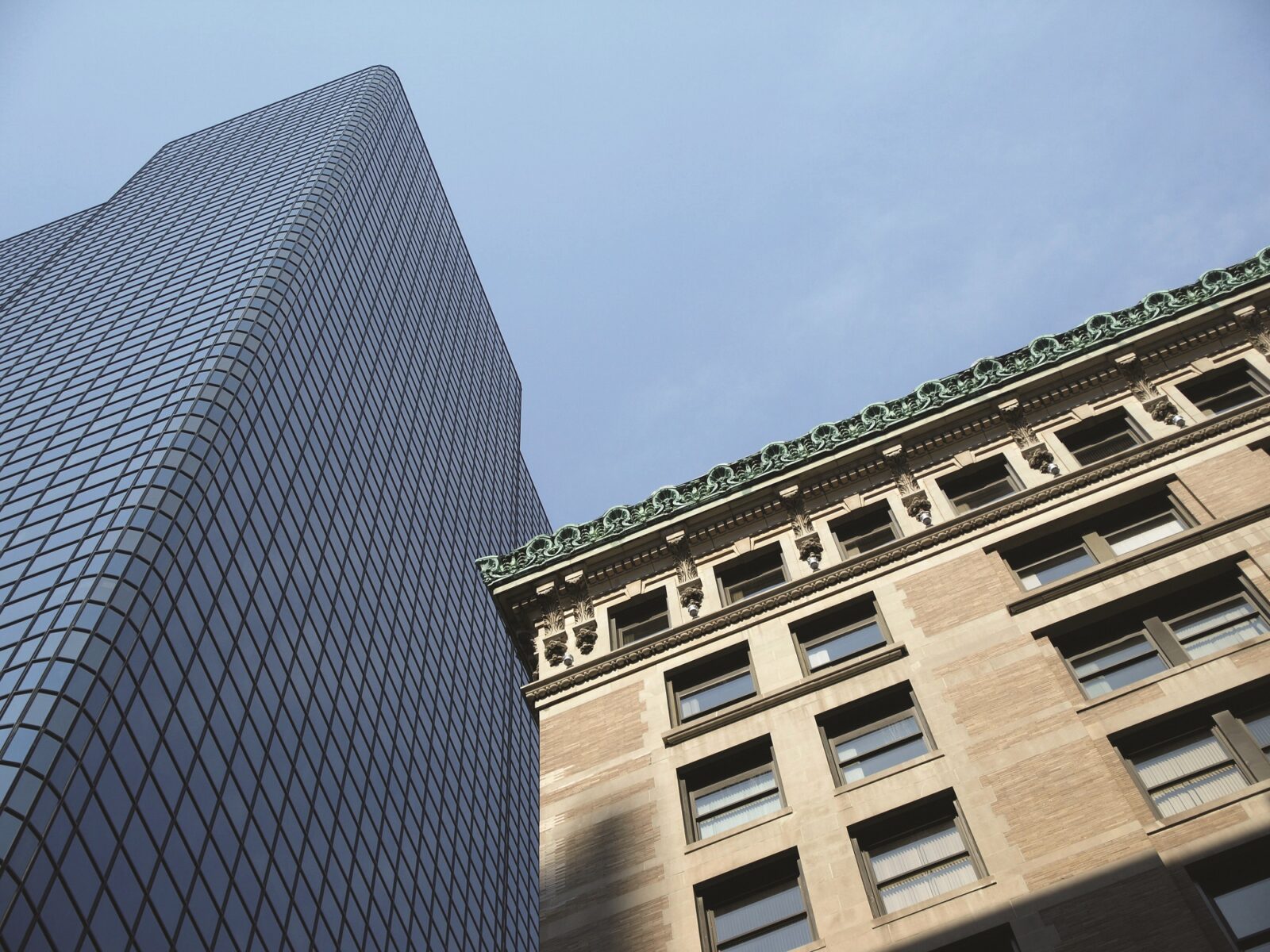 With only a few weeks left in the 2019 calendar year, the ability to fully maximize the benefit of investing in a Qualified Opportunity Zone (QOZ) is coming to an end, and taxpayers may want to act quickly before benefits are diminished. A brief summary of the rules and benefits follows, preceded by an explanation of where we are in the rulemaking process.

The core of the rules exist in Section 1400Z of the Internal Revenue Code, created by the Tax Cuts and Jobs Act. When passed, the law’s language raised numerous questions regarding definitions and implementation that the IRS attempted to address with proposed Treasury Regulations late last year. Those regulations still left many questions unanswered, so earlier this year a second round of proposed regulations was issued. Proposed regulations are not authoritative, but we expect them to be finalized shortly, perhaps in a form closely resembling the most recently issued proposals.

Taxpayers who generate a capital gain are able to defer paying the tax associated with that gain as long as they invest an amount equal to the capital gain into a QOZ within 180 days of the sale. Payment of the capital gains tax may be deferred until the earlier of the date that the investment in the QOZ ends or December 31, 2026. In addition to the ability to defer paying the tax, the opportunity exists to permanently avoid paying a portion of the tax that would have otherwise applied. After holding the investment in the QOZ property for five years, 10% of the deferred gain will be permanently excluded by way of a basis step-up. After holding the investment for two additional years, or seven years in total, an additional 5% gain exclusion is permitted. The result is that up to 15% of the original capital gain may be permanently excluded. Given that the capital gains tax must be paid by December 31, 2026, any capital gain generated after December 31, 2019 could not possibly meet the 7 year holding period necessary to receive the additional 5% basis step-up. Hence, the ability to maximize the benefits is drawing to a close. Still, between the capital gain deferral until 2026, the permanent exclusion of 10% of the original capital gain, and, perhaps most significantly, the complete exclusion of any gain resulting from final disposition of a QOZ investment held at least 10 years, there are plenty of tax reasons to make investing in an opportunity zone worth considering.

Despite all of the benefits laid out above, to this point, many taxpayers have been proceeding cautiously because the proposed regulations released last October left many questions unanswered. Fortunately, a second round of proposed regulations was released in April 2019 that provided guidance for several of those issues. The purpose of this article is to address some of the issues that were clarified with these new proposed regulations.

As an example, a taxpayer could have generated a $1 million gain resulting from the sale of Section 1231 property that it planned to fully reinvest but in an unrelated transaction during that year also recognized a $200,000 Section 1231 loss. In that case, only $800,000 would receive the benefits of opportunity zone investing.

This means that a taxpayer really cannot know for certain how much of a Section 1231 gain they have to invest until the calendar year comes to a close. The problem with this is, as stated above, there is a requirement to reinvest the gain within 180 days of the sale. Any sale that occurred in the first half of the year could not possibly meet that test.

To address this, the second round of proposed regulations provides that, with respect to Section 1231 gains, the 180 day reinvestment period does not begin until the last day of the taxpayer’s tax year. In theory, this provides a taxpayer the benefit of up to an additional year (for gain property sold in January) to re-invest their funds into an opportunity zone. That same benefit may also be a disadvantage to a taxpayer that sold property early in the year and already had an opportunity zone investment lined up, as it would have to wait out the entire year before making the investment.

Passing the more than 50% test

Prior to the second round of proposed regulations, taxpayers with plans to invest in an operating business within an opportunity zone were hung up on one of the definitional requirements that called for at least 50% of the income to be earned in the opportunity zone. Given that, for most service businesses, customers would likely reside inside and outside of the opportunity zone, it was not clear how the requirement would be met. The regulations provided three safe harbors to satisfy the 50% test.

Satisfying the original use test

For investors who operate in the real property trade or business space, the 50% test did not pose a problem. Many of those investors have been more concerned with the original use test. This original use test must be met in order for property to qualify as QOZ business property. If the property cannot meet the original use test it must be substantially improved, which would require that the taxpayers pay as much to improve the property as they did to purchase it. With the additional funds that would be needed to pass the substantial improvement test, it makes meeting the original use test more important. This is not an issue for any ground up construction and it would be a clear impediment to purchasing a fully operational building but where the questions arise is with property that had been partially constructed but not completed, completed but not placed in service, or previously used but abandoned for an extended period of time.

The second round of proposed regulations indicate that property is considered to be in its original use by the first taxpayer that places the property into service for purposes of claiming a depreciation deduction. Therefore, the property that had been only partially finished could not have been depreciated by the previous owner and, as a result, would qualify as original use property to the new taxpayer. As for abandoned properties, a property would meet the original use requirement if it had been vacant for five years.

In addition, property not previously used by any taxpayer in the QOZ would not be subject to the substantial improvement requirement.

This original use/substantial improvement requirement was also the source of some concern by taxpayers who intended to lease space rather than purchase it. The first round of proposed regulations suggested that leasing business property in the QOZ was an option, though it was unclear how the original use or substantial improvement requirements could be met under a leasing arrangement. Would leasehold improvement dollars need to be spent?

The second round of proposed guidance clarified that leased property would meet the definition of QOZ business property if the lease was entered into after December 31, 2017 at fair market rates. The property could even be leased from a related party though a few additional safe guards were put into place to ensure no abuse.

In addition, while not required, any improvements that were made by a lessee to leased property would be treated as original use property.

There was similar concern, prior to the issuance of the second round of proposed regulations, that the acquisition of raw land, even with the intention of constructing a commercial building on it, would not be considered QOZ business property. After all, the purchase of land could never meet the original use test and constructing a building does not necessarily improve the land.

To some surprise, the second round of regulations made it clear that the raw land would fall within the definition of QOZB and the substantial improvement test does not apply. However, any abuses that could potentially result (i.e.; holding out raw land for long-term, tax-free investment) were largely eliminated by way of the requirement that we will discuss next – there must be activity performed on the land that would rise to the level of a trade or business.

Qualifying as a trade or business

One of the underlying requirements that must be met in order to receive the opportunity zone benefits is that the taxpayer’s investment must be into a QOF or QOZB that uses property in a trade or business. This trade or business requirement has been a major issue with another area of tax reform, especially in the context of the Section 199A deduction’s applicability to rental real estate. The proposed regulations require that the business of an opportunity zone meet the standards of Section 162. While not specifically defined in the statute, case law has established that in order to meet the Section 162 threshold, an activity must be engaged in for profit and conducted with regularity and continuity. Using these guidelines, the IRS has historically taken issue with properties rented on a triple net lease basis. Under a triple net lease, the tenant is responsible for paying the taxes, insurance, and maintenance expenses. Bringing it back to the opportunity zones, the proposed regulations did specify that owning and leasing real property would qualify as a trade or business. However, consistent with their existing view, leasing property on a triple-net lease basis would not be considered the active conduct of a trade or business.

As discussed in the beginning of this article, the original gain that a taxpayer invests into a QOZ would be deferred until the earlier of (1) the date on which the investment is sold or exchanged or (2) December 31, 2026. The latter part of the definition is easy to understand but it was not clear what created a triggering event for purposes of gain recognition ahead of that 2026 date. The second round of proposed regulations expanded upon the definition by providing two categories of inclusion events.

With respect to the second point, keep in mind that a taxpayer’s original basis in the funds that they invest is $0 by virtue of the fact that they represent gains on which they have not been taxed. This assumes only the gain proceeds were invested. Upon satisfying the 5 or 7 year holding periods, a taxpayer’s basis would increase by 10% and then an additional 5%, respectively. The proposed regulations provide more detail on specific types of inclusion events as well as transactions that would not be considered inclusion events and also provide examples that demonstrate how much gain would need to be recognized in the event a transaction were to occur.

In addition, as a practical business matter, there may be situations where a business inside an opportunity zone wishes to dispose of property prior to satisfaction of a taxpayer’s 10 year holding period. The second round of proposed regulations specify that following a sale of business property, a 12 month reinvestment period will apply before any taxpayer would have to recognize any of its deferred gain. That said, any gain that results from the disposition of the business property will be passed through to the taxpayers in their capacity as investors in a partnership or S-Corporation pass through entity.

There were several other issues covered by the second round of proposed regulations, including a definition of the term “substantially all,” but also some matters were not addressed. Overall, these proposed regulations answer many of the questions that taxpayers and their advisors had related to QOZ investments. Now it is up to taxpayers, with the help of their advisors, to evaluate whether they make sense for their investment profile.

For more information on Opportunity Zones, please contact your BNN tax advisor at 800.244.7444.

By Stanley Rose
Read more about How to Understand and Compare Loans… and Choose the Best One
The SECURE Act: Will It Make Us Think Differently About Required Minimum Distributions?

By James Guarino
Read more about The SECURE Act: Will It Make Us Think Differently About Required Minimum Distributions?