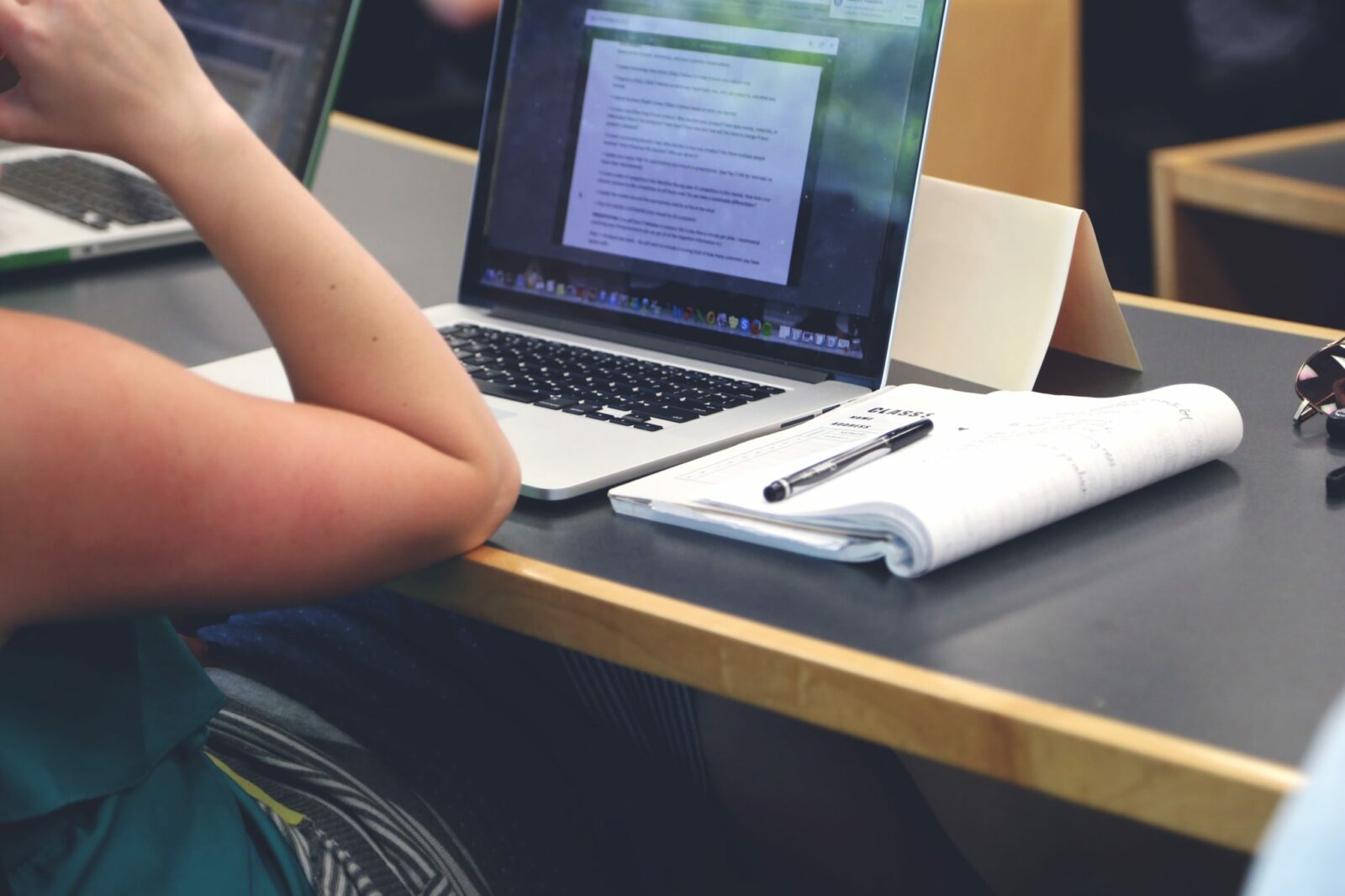 I attended the AICPA National Conference for Banks and Savings Institutions last month from September 9-11. Again this year, much, but not all, of the discussion was around CECL. However, there were other topics such as economic forecasts, taxation and regulatory updates.

While a deferral for non-public banks to 2023 is essentially a given at this point, CECL was very much the star of the conference again this year. Representatives from the FASB insist that adopting CECL will result in better financial transparency and is good GAAP. They suggesting starting now on implementation if you haven’t already.

Data integrity continues to be the biggest hurdle discussed at the conference. Many panelists from banks of a variety of sizes mentioned this was a significant challenge.

Another issue discussed involved Purchased Credit Deteriorated (PCD) loans and acquisitions. PCD loans are a concept arising out of CECL that is similar to Purchased Credit Impaired Loans, but not identical. The accounting issue arises from non-PCD loans (performing loans) where CECL will affect acquiring banks. Non-PCD loans will be brought on the books at fair value, which will include a credit component, and then is also subject to an initial CECL provision at Day 1 that is charged to expense by the acquirer, essentially creating a “double dip.” There were many questions to various FASB representatives but no real answers about whether this will change or why it’s good GAAP. There was a FASB meeting after the conference to discuss this issue so at least it’s on their radar. Stay tuned.

Another GAAP disconnect that was discussed was that CECL requires life of loan losses to be recorded at origination but life of loan income is still recognized over the loan’s term.

Some other issues discussed revolved around using historical loss information as a good place to start, making sure your assumptions and models are consistent with your economic forecasts, and developing internal controls over the adoption and ongoing implementation. Also, there will likely be data used in the calculation that was never previously covered by an institution’s internal controls, so that needs to be addressed too. The forecast doesn’t need to be complex and the forecast period can change as the economic situation changes; the timeline for reasonable and supportable forecasts is an accounting estimate, not an accounting policy.

A number of public banks are reporting allowance for loan losses increases under CECL that are much smaller than initially expected when CECL was introduced. Some of the difference is due to continued favorable economic conditions but some is due to the life of loan period, which can be quite short for some loan types, thus reducing the loss period. It was also pointed out that banks generally have many low loss years punctuated by a few high loss years, so in any given year, loan losses are generally below a long-term average. I had to stop and let that last point sink in for a minute but it makes sense. There was also general agreement that qualitative factors would decrease since much of the pre-CECL effect of qualitative factors will be built into CECL modeling.

Other implementation issues for community banks were discussed as well. Usually the CFO leads the implementation effort, but sometimes it’s the Chief Credit Officer. Some banks are really taking advantage of the regulatory outreach. Data continues to be front and center for issues: gathering, cost/benefit considerations and meaningful parsing of data were mentioned as challenges. Vendors were discussed as well, with pricing being an issue especially as the deadline approaches. There was discussion, too, about finding a good long-term vendor rather than one who just gets you to Day One, and doing financial due diligence in addition to reviewing a vendor’s competency.

There were two economic updates at the conference. Here is a summary of the presentations.

We are in the longest, but weakest, post-World War 2 expansion. Only 40% of metropolitan areas are back to pre-recession employment. The Fed has recently stated there is a 37% chance of a recession in the next twelve months; at any given time there is at least a 10% chance so the risk is somewhat elevated. There is lots of uncertainly around the inverted yield curve and Brexit, but an inverted yield curve isn’t necessarily a predictor of a recession. Interestingly, outside the US, about 50% of sovereign debt has a negative interest rate. One trend to watch is not GDP growth, but rather growth in GDP per capita. Some of GDP growth is just based on population growth and in many parts of the world, especially developed countries, population growth is slow or even negative.

Housing starts are not keeping up with prices, while square footage per unit built is falling. Those trends will have an impact on prices going forward.

This area continues to evolve rapidly. Banks need to have significant up-front planning and vision, and a focus on common tasks across processes to take advantage of new technologies, such as Robotic Process Automation. Finding a technology interface that’s user-friendly is also important. Similar to CECL, good data to start with is important. Early adopters are finding that processes can become more efficient and result in better analysis, but are not typically quicker; for instance, the time to close the books doesn’t shrink.

In the FinTech arena, the number of start-ups is declining but the dollars invested is up. This is partly in response to the realization that bank customers are “stickier” than initially thought and are loyal to their current banks and thus less likely to move away from banks to FinTech. Banks have been around for a long time and customers are familiar with banks; many people are still watching and waiting with FinTech.

Banks can take advantage of FinTech by “shopping” for providers to provide a service to customers, and customers are beginning to expect more FinTech services from their banks. An area of disconnect is that FinTech companies want to move quickly (they are in a cash-burn start-up mode) and banks often are not quick to move into a new technology. Recognizing this early on when talking with FinTech providers can help head off potential hard patches later on.

For banks new to FinTech, a mobile app or remote deposit capture are two easy ways to start.

Cybersecurity is still critical and each bank’s information security team needs to be involved with FinTech planning.

There are opportunities to be found, but taking full advantage of new technology requires senior leadership to buy-in and foster a culture of experimentation and innovation.

Much of the discussion with the SEC representatives revolved around revenue recognition, rather than CECL. The SEC indicated that it won’t object to reasonable well-documented judgments regarding the various provisions of the new revenue recognition standard.

The SEC continues to encourage a proactive approach to auditing and accounting issues. The new Critical Audit Matters (CAMs) are expected to be part of that process, although the SEC recognizes that CAMs are still evolving. They believe that critical accounting estimates are usually CAMs. Accounting for instruments with both debt and equity characteristics is another complex area that they expect would be considered a CAM.

The SEC representatives indicated that the concept of materiality should be based on the views of a reasonable investor and they are skeptical of one part of the financial statements being the sole determination of materiality.

There were representatives from the Federal Reserve Board (FRB), the OCC and the FDIC. The representative from the FRB indicated their principles revolve around efficiency, simplicity and transparency. They are working on LIBOR transition issues. The speaker emphasized the FRB’s view that internal controls over financial reporting were critical and also acknowledged that the controls are scalable to a bank’s size. All three speakers, especially the FDIC speaker, indicated they were not in favor of any increase in the FDICIA internal control attestation threshold of $1 billion. They went on to indicate the limit is in statute and nobody should expect a change.

There was some more discussion of CECL. The FDIC indicated that CECL must be adopted in the first Call Report after adoption. One of the least surprising comments of the entire conference was that there were no early adopters of CECL in 2019. All the speakers indicated that the goal of CECL implementation was to “get it right” regardless of how the allowance for loan losses is computed or what its level is now.

The speaker indicated that it was very unlikely there will be any statutory changes to tax law until after the election. If there are changes, regardless of the election results, the 21% corporate tax rate may be in jeopardy.

There isn’t a lot that’s new on the tax front. There are some issues for public companies around Section 162(m) limitations related to an acquisition where there can sometimes be significant compensation in a short period return.

Section 451 states that income for tax purposes should be recognized no later than it is on the financial statements. That could be an issue for some credit card fees or deferred loan fees and should be reviewed.

Bank-owned life insurance still presents a potential issue in that the insurance proceeds might be taxable after a bank acquires BOLI through an acquisition.

The conference is worth attending. There were about 1,100 participants this year. It’s been at the Gaylord Resort at National Harbor, about a 30 minute ride from Reagan National Airport, for several years and I assume it will be there again next year. The location is easy to get to and the venue conducive to a large conference (go across the river to Alexandria for dinner, though.) You can also attend virtually rather than on site.

Most of the discussion was around CECL and data integrity. However, there are still plenty of other topics to consider heading into year-end 2019 and then into 2020. To discuss these or any other banking topics, contact Jeff Skaggs, our banking practice lead, or your BNN advisor at 800.244.7444.

Don’t Let the New CECL Disclosures be an Afterthought