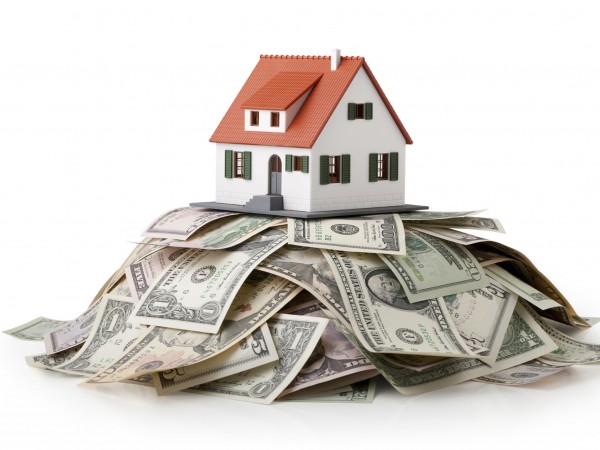 This article was originally published in the Real Estate Finance Journal.

Internal Revenue Code Section 1031’s “like-kind exchange” rules allow taxpayers to defer the gain on the sale of business or investment property if they reinvest in similar business or investment property within a specified time frame. Many transactions qualify, ranging from simple swaps to complicated delayed exchanges. No matter the complexity level or the size, all exchanges that qualify under § 1031 have the same effect: the deferral of taxable gain or loss and deferral of related taxes.

When the economy and real estate market crashed in late 2008, the popularity of § 1031 transactions dropped with them because very few taxpayers held property that produced gains when sold, and very few were interested in tying up their proceeds into similar property, as required to qualify under § 1031. However, a rise in tax rates coupled with an improving economy and real estate market have led to a renewed increased interest in the last few years.

The discussion that follows will focus on real property, but the sale of any trade or business asset (excluding inventory) potentially is eligible for § 1031 tax deferral. The “like-kind” requirements involving property other than real estate are much stricter, and such transactions most commonly involve automobiles—both individual trade-ins and fleets of rental vehicles. The “like-kind” requirements for real estate are much more liberal. For instance, vacant land is like-kind to a developed commercial or residential rental property.

The simplest form of § 1031 transaction is the simultaneous exchange: Taxpayer A swaps asset A with Taxpayer B in exchange for asset B. Assuming the market values of assets A and B are equal, the transaction should be tax free for each party. If a party receives additional consideration as part of the proceeds (property that is not of a like kind), any gain resulting from that transaction will be taxable, up to the amount of that consideration. That non-qualifying property is described in tax rules as “boot,” and examples of it are cash, non like-kind property and even alleviation of debt. The presence of boot does not necessarily taint the entire transaction; if gain exceeds the amount of boot received, the incremental gain will qualify for deferral.

Simultaneous exchanges can occur without the presence of third party involvement and may even happen without the taxpayers realizing they completed a like-kind exchange, such as trade-in of an automobile toward the purchase of a new business vehicle. However, outside of that context most taxpayers planning to sell an asset are unlikely to find another willing party that has a like-kind as-set they wish to exchange. To obtain the tax deferral benefits of § 1031, they need to engage a qualified intermediary (“QI”) to facilitate a delayed exchange.

Delayed exchanges involve at least three parties and are undertaken when a simultaneous exchange is not feasible. One of the parties is the qualified intermediary, who is introduced for one reason: To hold the cash on behalf of one or more of the primary par-ties, and take title to the replacement property before transferring it to that primary party. The QI serves in this role because if the cash instead were received by the primary party, even if held only for an instant, it would constitute taxable boot and defeat the intent (tax deferral) of the § 1031 transaction.

The QI must be an arm’s length third party and choosing a reputable one is important because the QI ensures the rules of § 1031 are adhered to and it often holds large sums of others’ money.

Many delayed exchanges begin almost by accident. Taxpayer A is approached about selling an asset (Property A) but is uninterested in paying the taxes on the gain. Recall that Taxpayer A cannot receive the proceeds from the sale. Instead, Taxpayer A must arrange for the QI to take possession of the proceeds. That sale of Property A starts the clock ticking towards two crucial deadlines:

During both the identification period and the closing period, the cash received from the sale of Property A is held by the QI and is inaccessible by Taxpayer A. If Taxpayer A fails to identify any replacement properties within the 45 day window, the exchange fails and the money will be transferred from the QI to Taxpayer A, thus triggering the gain. If Taxpayer A makes a valid identification, the cash must then be held by the QI until the expiration of the entire 180 day period, even if the taxpayer later realizes the acquisition will not occur. Some would consider the potential “tying up” of the cash for 180 days a serious drawback and therefore should weigh the likelihood of closing on a suitable replacement property before starting the exchange process.

Sometimes failed exchanges can produce tax deferrals unrelated to § 1031. If a sale that legitimately starts the 45 and 180 day clock occurs late in one year, and the § 1031 exchange fails early in the second year, the gain will be fully taxable. However, because proceeds are received in a year following the sale (the QI held the proceeds until that point), gain may be deferred into the second year because the transaction likely qualities under § 453 as an installment sale.

Taxpayers often engage a QI just prior to a sale and only then begin looking for a replacement property. Many fail due to expiration of the 180 day window, but the fees to keep the § 1031 option open may be quite modest compared to the potential tax savings.

With a reverse exchange, a taxpayer has identified an asset they wish to acquire but its acquisition will make another asset they own redundant. A § 1031 transaction can be used in this case, but will require both a qualified intermediary and an exchange accommodation titleholder (“EAT”). The EAT is used to acquire (and sometimes operate) the replacement property until the exchange can be completed following the sale of the other property. Often, the EAT consists of a single-member LLC established and owned by the QI solely for that transaction.

To qualify as a reverse exchange, the relinquished property generally must be sold within 180 days of the EAT acquiring the replacement property (the “safe harbor” method). Sometimes a party will engage a QI/EAT to acquire the property and the taxpayer simply cannot sell its own property during that window. Under certain circumstances, § 1031 treatment may still apply, but only if a “burdens and benefits” test outlined in Revenue Procedure 2000-37 is met. Build to suit construction projects sometimes meet this criteria, and thereby qualify outside of the safe harbor method.

Delayed reverse exchanges can be extremely complicated and as a result are quite costly to administer — particularly those falling outside the safe harbor. They require the QI, accountants, attorneys, and often lenders to work together on the taxpayer’s behalf to ensure the transaction is successful. Therefore, they tend to be utilized only when the tax benefits are significant or when other types of exchanges are unavailable.

The § 1031 like-kind exchange provisions can defer gain and taxes under a number of scenarios. To defer 100 percent of the gain, receipt of boot cannot accompany the exchange property. To avoid boot, the value of the replacement property must exceed that of the relinquished property. Perfect matching is uncommon, so taxpayers often seek like-kind exchanges only when “trading up.” However, the presence of boot does not prevent application of § 1031, and partial deferral can still be of value. There is no limit to the number of properties allowed to be relinquished or acquired as part of the exchange, and recall that nearly all business, investment or rental real estate, developed or not, generally will be considered of like kind one to another—including real estate located in separate states.

These variables, applied to the different methods of deferral explained above, give a property owner many opportunities to defer taxes, and the astute taxpayer or real estate professional will not overlook them.