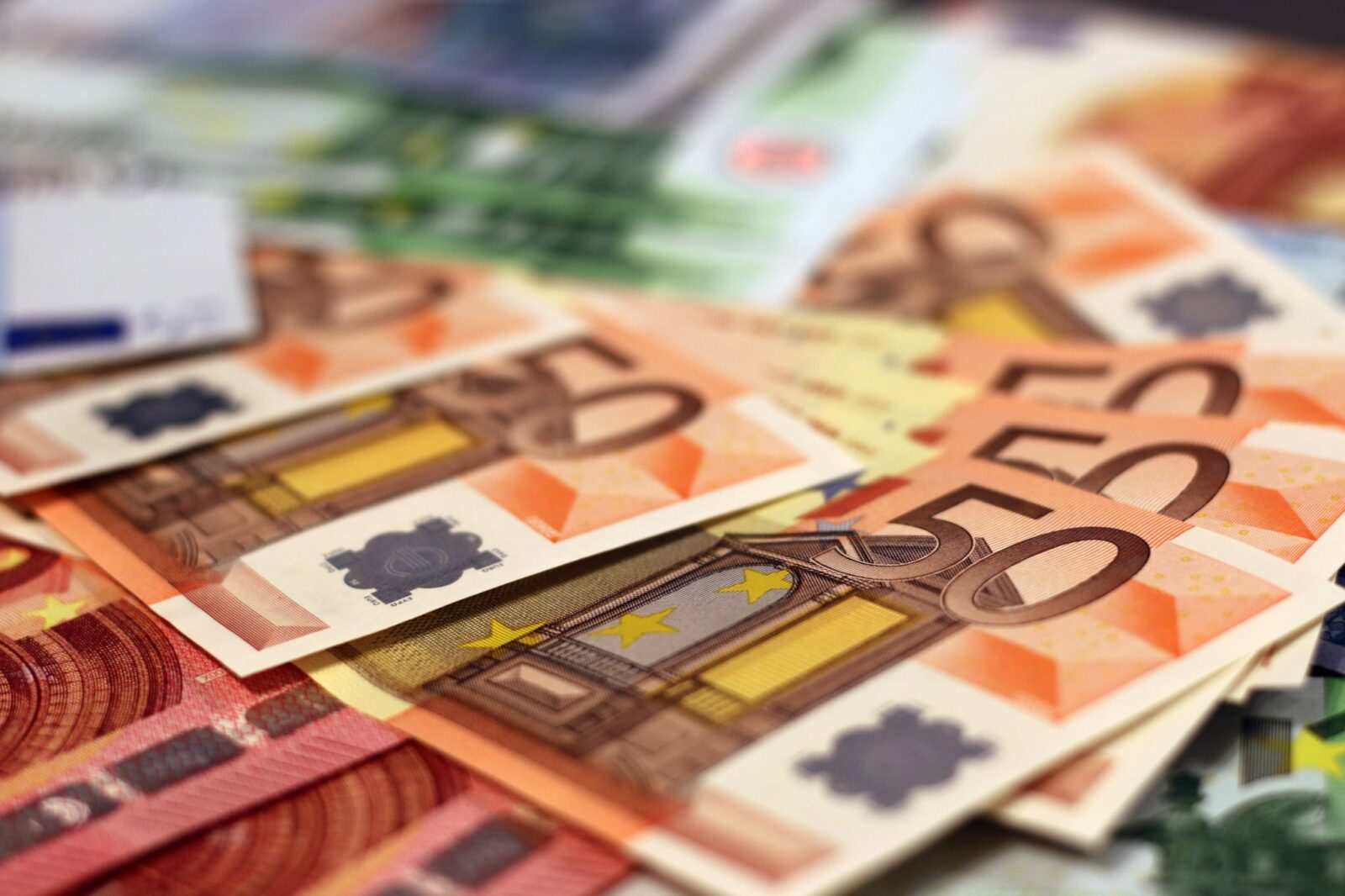 (A new tax on foreign earnings – explained in plain English)

Earlier this year, we provided a summary article entitled International Tax Provisions of the Tax Cuts and Jobs Act. As its name implies, it provides an overview of a number of the features in the December 2017’s Tax Cuts and Jobs Act (the “Act”) that affected foreign activity. We followed that with a more detailed article addressing the most urgent international tax aspect in the Act: The One-time Deemed Dividend Repatriation Tax on Deferred Foreign Earnings that was due (in part) in April 2018.

With this article, we move on to a somewhat deeper dive into another international tax feature of the Act that many taxpayers will be dealing with by April 2019: The concept of “global intangible low-taxed income” (GILTI). In summary, GILTI represents a newly-defined category of foreign income that will be subject to tax before it is repatriated to its U.S. owner. While it shares some characteristics with the one-time repatriation tax described above, the GILTI tax is perpetual, rather than one-time. Also, unlike some portions of the Act, it is a permanent, rather than temporary, part of the Internal Revenue Code.

The concept of GILTI, and the new tax associated with it, can only be understood by those who are at least generally familiar with “Subpart F” income, which has existed in U.S. tax laws for many years. For that reason our discussion will start there.

The following landscape existed before the Act and continues intact, now supplemented by the GILTI rules that we will discuss later.

Certain types of taxpayers conducting foreign activity are taxable on that activity in the U.S. as soon as the foreign income is earned in the foreign country, rather than later when money is repatriated (brought to the U.S.). Examples include foreign branches of U.S. – based C corporations, flow-through entities (S corporations, partnerships/LLCs) and disregarded entities.

Subpart F is best described as anti-deferral rules. It consists of Sections 951-964 of the Internal Revenue Code, and it was created to curb potential abuse of a CFC’s ability to defer income. Oversimplifying greatly, Subpart F generally causes certain activities of a CFC to be immediately taxable even in the absence of repatriation. Common examples may include cash that was loaned from a CFC to a U.S. shareholder, or interest on cash holdings that were invested in another foreign subsidiary. In both cases, there is some logic to Subpart F’s acceleration of that income, because it theoretically taxes cash that a U.S. shareholder did not need in the operations of the CFC that it could have repatriated in the form of a taxable dividend but instead diverted to a passive investment vehicle. In the absence of Subpart F, U.S. taxes would have been deferred.

GILTI simply is a newly-defined category of foreign-earned income that will be taxable when earned, rather than later when repatriated. GILTI joins its Subpart F peers as another anti-deferral mechanism, but differs from them by sometimes assessing tax at higher rates. It also makes no attempt, like the old rules seemingly do, to distinguish between profits that will be plowed back into the business’ operations vs. true excess amounts that the CFC owners might prefer to strip out or park somewhere as passive investments.

GILTI rules are housed in new Section 951A of the Code, and are applicable for years beginning 1/1/18. They apply to owners of CFCs, but not to foreign branches of U.S. – based C corporations, flow-through entities (S corporations, partnerships/LLCs) and disregarded entities.

Observation: The premise of the GILTI rules seems to be that a certain rate of return on certain fixed assets is acceptable, immune from current taxation, and instead taxable when repatriated; but profits above that rate of return are excessive, and should be taxable immediately. The name suggests that the excessive rate of return, relative to “hard” assets, presumably could only exist in the presence of intangible assets. In turn, intangible assets are tantamount to passive investments, and therefore should be taxed without waiting for repatriation. In reality, though, it can also be seen as a success tax.

A C-corporation owner of a CFC generally will pay less GILTI tax than a similarly-positioned non-corporate owner. Their calculations are presented separately below. Note that each shareholder will include only his or her share of corporate earnings and assets, but for simplicity’s sake below we have assumed 100% ownership. Also note that one of the methods below begins with income net of the CFC’s foreign tax, while the other two methods (due to a “gross-up” required under Code Section 78) begin with income before deduction of the CFC’s foreign taxes.

C-corporation CFC owners generally will use the following steps to compute the GILTI tax:

This should result in an effective U.S. tax rate of 10.5%, less any foreign tax credit.

Observation: Mathematically, if the foreign jurisdiction’s tax rate is at least 13.125%, the method presented above (and specifically its use of the foreign tax credit) may produce an effective GILTI tax rate of 0% (zero). However, if the CFC’s foreign tax rate is lower than this, some level of GILTI tax likely will be imposed. This result makes sense, because these rules were created to discourage multinational companies from parking earnings in a low-tax jurisdiction simply to avoid tax.

Non-corporate CFC owners generally will use the following steps to compute their GILTI tax (but see the alternative computation described later):

This could result in an effective U.S. tax rate of as much as 37%.

Observation: If attempting to compare this effective rate to the ones produced by the other methods, please recall that this method begins with post-tax earnings, while the others begin with pretax earnings.

A comparison of the two formulas above shows that (a.) non-corporate owners do not receive the 50% reduction that corporations do, (b.) they usually have to forgo any foreign tax credit (meaning they can be double-taxed by two countries), and (c.) they may be paying at a higher rate.

Because of the drop in U.S. corporate tax rates (from as much as 35% to 21%), corporate CFC owners fare well under the GILTI rules, other than the acceleration of income. Non-corporate CFC owners, however, used to enjoy a U.S. rate of 20% on repatriated dividends, and the tax generally was deferred until the money was actually moved. Part of their income now may be taxed immediately, at a higher rate. Clearly, non-corporate CFC owners are now in a far worse position than existed before GILTI was rolled out. In both cases, when money is later distributed after being subject to the GILTI tax described above, the actual distribution will generally be accomplished tax-free. An available alternative method may alter this result by allowing a deferral, but at the expense of a second layer of tax due upon actual distribution.

Non-corporate CFC owners can employ an alternative method (instead of the default method shown above) to compute their GILTI tax, using an election available under Internal Revenue Code Section 962. Doing so results in the calculation shown below, which involves two steps. The first one involves a tax due when the income is earned (using a corporate rate, although imposed on an individual). The second step calls for more tax due upon repatriation (using U.S. individual dividend rates).

At this intermediate stage, we see a U.S. tax rate of 21%, less any foreign tax credit.

Because the second tax applies to a lower base, the effective rate of Steps 1 and 2 combined is less than the sum of both rates, resulting in a net combined tax no higher than 36.8%, less the impact of any foreign tax credit utilized in Step 1. Although this combined rate is nearly identical to the top rate due if the Sec. 962 election is not made (37%), this option allows deferral of a significant part of the total.

It is important to note that the thrust of the GILTI rules is primarily to accelerate income. The regime that preceded it generally assessed a tax only when money was received by a shareholder, thereby better enabling payment of the tax. Now, the order may be reversed, because the tax itself may necessitate a subsequent distribution. The income taxed as GILTI is allowed as a basis adjustment, which means that future distributions will be tax-free to the extent of the accelerated income, or sales of the investment will produce a lower gain.

For non-corporate shareholders, though, the tax truly is now higher under the new rules, rather than merely being accelerated. Due to this disparity in treatment for different types of CFC owners, taxpayers may want to consider whether it would be useful to restructure in a way that existing CFCs are held by a domestic C corporation, as doing so may permanently lower taxes. Alternatively, foreign endeavors can be structured as flow-through entities, branches of domestic entities, or disregarded entities. This will cause all income to be taxed in the U.S. when earned (no deferral), but it will potentially allow the full offset (100%, rather than 80%) of foreign taxes as a credit against U.S. taxes.

There are a few things we do not know about the GILTI tax. For starters, it is unclear whether the GILTI income is subject to the Code Section 1411 “net investment income tax” of 3.8%. (GILTI in some cases replaces dividend income, and that dividend income would be subject to the tax.) It is also unclear how various states will treat this income. (Just because the U.S. changes its regime does not mean the states will automatically follow suit.)

The Section 951A GILTI rules represent a powerful new addition to the IRS anti-deferral weapons, and CFCs and their owners should become familiar with this significant change. Owners of profitable CFCs, in particular, should incorporate this potential tax into all future cash flow planning.

If you would like to discuss these matters further contact Stuart Lyons, International Tax Practice leader, or your BNN advisor at 800.244.7444.