Doing Business in Canada Requires an Understanding of their Taxes 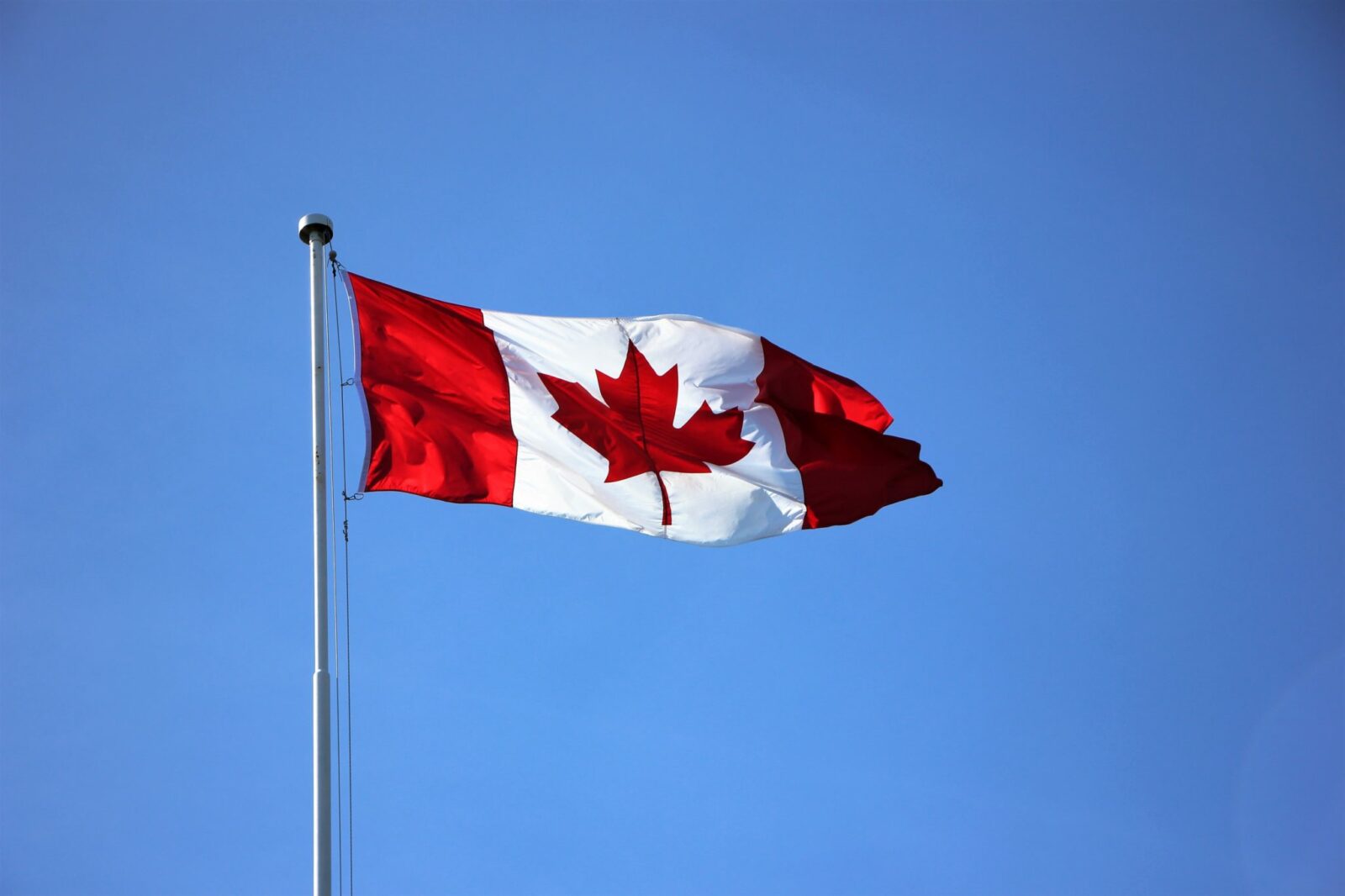 If you answered “yes” to any of these questions, you should have a clear understanding of the Canadian income tax and transactional taxes that such Canadian business activities could generate.

Over 10 years ago, to attract outside investment, Canada reduced its corporate income tax rates. The average combined tax rate in Canada was around 32% for a business in Ontario back then. Now it’s down to 26.5% in Ontario. In New Brunswick, the combined federal and provincial tax rate will be 29% in 2020. Such low rates in Canada were striking in comparison to the past U.S. average combined effective federal and Maine state rate of over 43%. Now that the U.S. Tax Cuts and Jobs Act reduced the federal tax rate down to 21%, a typical combined federal and state tax rate is just under 30% (this is the case in Maine, for instance, with the state rate at just under 9%). So with the average corporate tax rate in the U.S. of 30% and the Canadian tax rate of 29%, income taxes are no longer a significant factor when deciding whether to locate significant business operations in the U.S. vs. Canada.

Even though tax savings may no longer be a driving force, more and more businesses from the U.S. are looking to expand their markets into Canada, and a number of Canadian tax issues need to be considered.

“Carrying on a business in Canada”

The Canadian tax law is fairly broad regarding what it considers as “carrying on a business” in Canada. It includes the normal business activities, such as producing, growing, manufacturing, constructing, fabricating, and packing. But it also includes the soliciting of orders or offering anything for sale in Canada through an “agent or servant,” whether the contract or transaction is to be completed inside or outside Canada. Business in Canada can also include providing services in Canada. Even the mere solicitation of orders is enough to be carrying on a business in Canada. If you have a salesperson traveling to Canada for weeks at a time visiting Canadian customers, you are carrying on a business there.

Finding this article helpful? Go deeper and start a conversation with A MEMBER OF OUR TEAM.

Qualifying for the benefits of the Canadian income tax treaty

Non-residents carrying on a business in Canada are subject to income tax on the profits from their Canadian operations. For U.S. resident companies, however, our income tax treaty with Canada provides some relief from these broad rules. Exporters that only sell cross-border and other businesses that have only a limited presence often can claim exemption from having Canadian activities within the treaty provisions and therefore not pay any Canadian income taxes on such activities.

As long as you avoid creating a “permanent establishment” as defined in the treaty, Canada will not tax you on the profits from your Canadian business activities. A permanent establishment (“PE”) is a fixed place of business through which the business is wholly or partly carried on. For example, if you rent an office or a factory, or have other permanent space available to you, you probably have a PE. A warehouse used only for purposes of storage, display or delivery of goods is specifically exempted. Construction projects lasting up to 12 months are also exempted.

The treaty also permits you to sell through an independent broker or agent, as long as that agent sells other companies’ products in addition to yours.

So if you know you do not have a PE in Canada, does that get you out of having to file Canadian tax returns? No, you are not automatically protected by the treaty. There are compliance costs. To claim the benefit of the treaty exemption, you must file a Canadian tax return providing details of your operations in Canada and disclose the basis for your treaty exemption.

Prior to January 2010, the Canada Revenue Agency took the position that an LLC was not entitled to protection of the U.S. Canada income tax treaty. Without the benefit of the tax treaty, not only would a U.S. LLC be required to pay income taxes on its Canadian-sourced income, it would also be assessed a 25% “branch profits” tax on any profits that are repatriated to the U.S. owner of the LLC (instead of the 5% branch tax allowed under the treaty).

Best structure to do business in Canada

The tax structure of your Canadian operations is one of the first considerations when doing business in Canada and each case is different depending on the profile of the business and business owner.

Branch office: This is probably the least expensive approach and in certain cases very efficient. Any profits from a Canadian branch of a U.S. or other foreign corporation are subject to income tax in Canada. The income tax paid in Canada is creditable (i.e. allowed as a credit dollar for dollar) against your U.S. income tax on that same income. Additionally, any losses incurred in Canada are included on the U.S. owner’s U.S. income tax return and are allowed to offset other income. This structure works well when the branch operations may incur start-up losses.

Incorporation in Canada: Incorporating a business makes sense if you are concerned about limiting your legal liability. The tax rates are no different from what a branch structure would incur. However, with the enactment of the Tax Reform Act of 2017, the U.S. has complex rules known as GILTI (Global Intangible Low Taxed Income) that requires U.S. owners of a Canadian corporation to report income and pay U.S. tax on that Canadian income much like a pass-through entity. Depending upon the type of U.S. shareholder (corporation v. individual), this structure can increase the effective tax rate significantly. Details on the U.S. tax effects of this structure are beyond the scope of this article and should be reviewed with your tax advisor.

Need help with Canadian tax issues? Contact us today to speak to OUR TEAM.

As a general rule, anyone who provides services in Canada will be subject to Canadian tax on the income earned from the performance of those services.

The Canadian treaty creates a PE, and thus a filing requirement, in certain circumstances even in the absence of a fixed office or place of business. There are two provisions in the U.S. Canada tax treaty that would trigger an automatic PE in Canada if services are performed in Canada for a significant period of time.

First, a company or person will be deemed to have a PE in Canada if such person provides services in Canada for 183 days or more in a 12 month period and more than 50% of the gross active business revenue of the business is derived from services rendered in Canada. This provision is meant to trigger PE treatment for one-owner professional service providers or self-employed consultants providing services in Canada for a significant time.

The second provision in the treaty concerning services deems a resident of the U.S. to have a PE in Canada if services are provided in Canada for 183 days or more in any 12 month period regarding the same project or a connected project, and the services are provided for customers who are residents of Canada. Unlike the first test, which relates to a single person, this test aggregates the days spent in Canada by all persons. This test would trigger Canadian tax filings for software companies implementing large software projects for Canadian customers at their customers’ sites even when such software companies might not have an office in Canada.

Regardless of these treaty exemptions, Canadians who make payments to non-residents (other than employees) representing income such as fees, commissions or other payments for services rendered in Canada are required to withhold a 15% tax on the gross amount paid. This is true regardless of whether the services are performed by a company or an individual, and regardless of whether the individual or business has a permanent establishment in Canada under the treaty. There are Canadian procedures to eliminate the withholding if the U.S. service provider files certain documentation and will be truly exempt. But this has to be filed well in advance of the Canadian payments for services. For example, I have seen a U.S. company that provides power line tree clearing services in Canada on an emergency basis for storm cleanup for Canadian power companies be subject to such withholding taxes. The Canadian power company had to withhold 15% on all their payments to this Maine-based company even though the company was in Canada for less than a month and therefore was exempt under the treaty. They had to file tax returns well after the work had been done to obtain a refund of all these withheld taxes.

In 2016, the Canadian Revenue Agency (“CRA”) released its Non-Resident Employer Certification Program. This program stems from legislative changes proposed by The Department of Finance in 2015 providing relief from Canadian payroll tax withholding to ‘qualifying non-resident employers’ on remuneration paid to ‘qualifying non-resident employees’ for employment duties rendered in Canada.

Perks of the process

The introduction of the new Canadian Non-Resident Employer Certification program has been welcome news to many non-resident companies. Overall it appears to offer a significant reduction in administrative red tape and greater fluidity in today’s fast-paced global market.

These are just some of the income tax issues that a business in New England should consider when doing business in Canada. There are also transactional taxes that should be reviewed. Canada has a Goods and Services Tax at the federal level and then certain provinces piggy-back off this GST tax, to what is known as the Harmonized Sales Tax. Then certain other provinces have local provincial sales taxes. These taxes can be significant, where the combined GST/HST taxes can be 13% in Ontario and 15% in New Brunswick. Quebec has a 9.975% provincial sales tax. Each of these taxes has various complexities and is a topic for another time, but should be reviewed when doing business in Canada.

Need help with Canadian tax issues? Contact us today to speak to OUR TEAM.