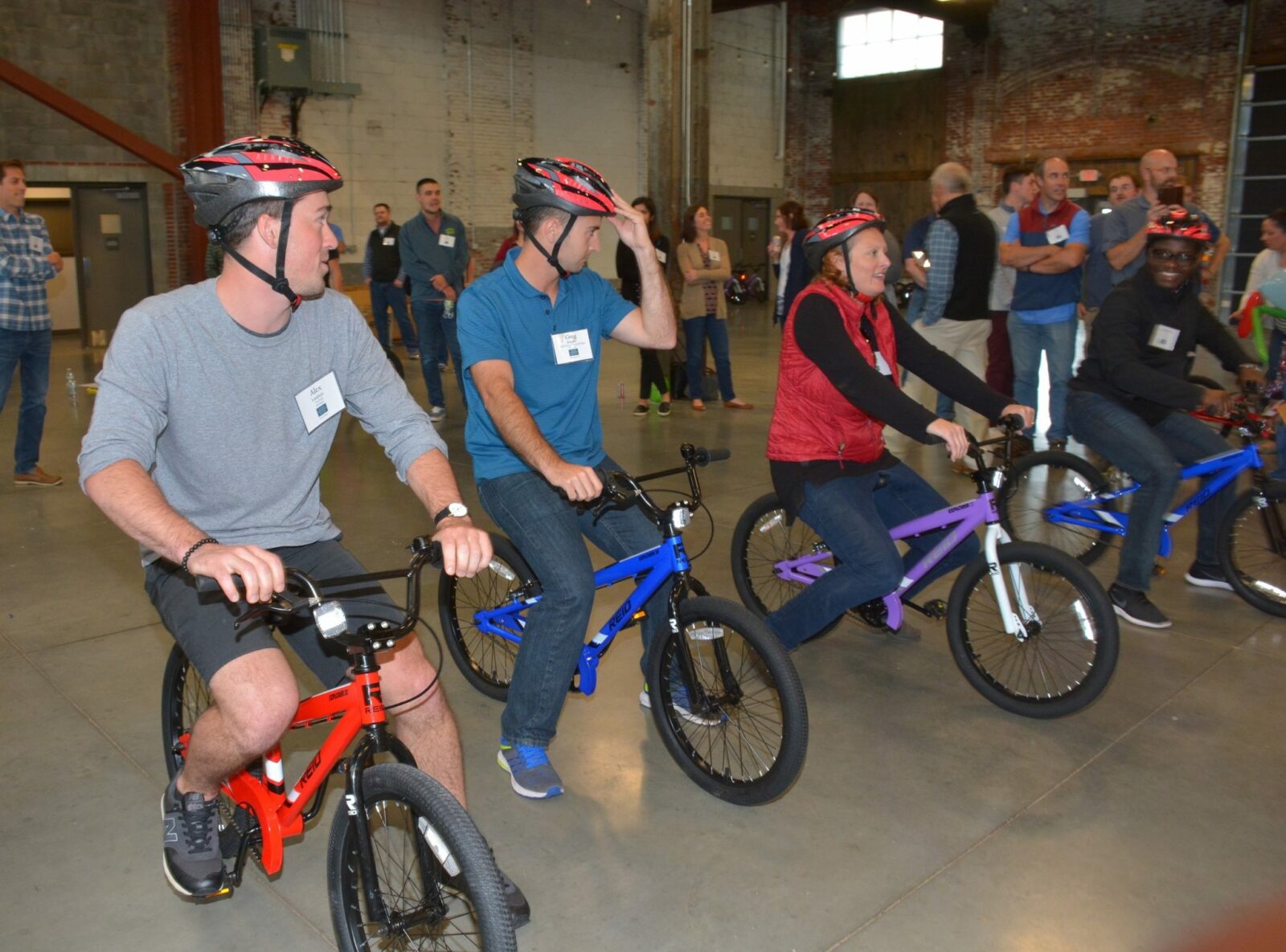 PORTLAND, Maine ― Turning the typical team-building exercise on its head, nearly 200 employees from accounting and advisory firm Baker Newman Noyes gathered at Thompson’s Point on Friday, June 14 for the firm’s annual all-firm outing. Employees were split into teams and given the task of assembling 28 brand-new children’s bicycles from a pile of parts as an exercise in teamwork, communication, and collaboration.

Unbeknownst to the employees, BNN worked with Bicycle Coalition of Maine behind the scenes to organize this first-of-its-kind event for both organizations. Bicycle Coalition staff members Shannon Belt, Eliza Cress, Mariah Healy, Emily Lozeau, and board member Aaron Bishop were on-hand to provide tools and quality control, and to receive the completed bicycles, which will be donated to three area nonprofits: Portland Gear Hub, Community Bicycle Center of Biddeford, and Learning Works’ after-school/summer school program.

“Bicycles mean freedom, exploration and independence for many kids. For many of us, a rite of passage. The bikes BNN built will go to homes where kids may not have that opportunity or be used to raise money for youth development across southern Maine. Getting more kids on bikes! It makes me proud that we could connect BNN with an opportunity to give back to the community they serve.”

About BNN in the Community
At Baker Newman Noyes, we know that our strength as an organization correlates to the strength of the communities in which we serve. We are proud of our involvement in these communities. Our people work with charitable, civic and not-for-profit entities, often in leadership positions. One of the core values of the firm is personal commitment to those around us and the people at BNN exemplify that commitment. Employees are encouraged to volunteer at local organizations to benefit the greater good.

About Bicycle Coalition of Maine
The Bicycle Coalition of Maine works to make Maine a better place to bicycle.  Founded by a small group of cyclists in 1992, the Bicycle Coalition has grown into one of the most effective bike advocacy groups in the country. Our success comes from our members, board, staff, and partner businesses and organizations. Our five-year strategic plan guides our work to expand biking in Maine, improve bike safety, pass bike-friendly laws and spread a love of cycling to children and adults. FMI: http://www.bikemaine.org